Reflexology was developed as a therapy by Eunice Ingham in the mid to late twentieth century. Although she is thought to be the Mother of reflexology, the art of massaging and touching the feet to help the well-being of the body has been around for thousands of years.

Archaeological evidence in Egyptian pictographs dating back from 2330BC suggests that using pressure to the hands and feet is an ancient tradition. There have been artefacts found in Egypt offering clear evidence at the entrance of the tomb of the physician Ankhmahor at Saqqara and at the temple of Amon at Karnak which shows a healer tending to the feet of soldiers at the battle of Qadesh.  Different cultures have used and adopted reflexology through the ages.

Various people have been involved in the development and our understanding of reflexology. For example, it was in the 19th century that a British neurologist, Sir Henry Head (1861-1940) conducted studies on the relationship of pressure applied to the skin and various organs of the body. His research discovered the link between the skin and the nervous system which became known as ‘head zones’.   Sir Charles Sherrington (1857-1952) another British neurologist conducted studies between the reflex action of the nervous system and proprioception, the ability to position, locate and the orientation and movement of the body. But, it was an American ear, nose and throat physician, Dr William Fitzgerald that really started to mould the art of the modern day reflexology.

In the early twentieth Century he noticed a link between applying pressure to one part of the body another part would become anesthetised. He performed experiments on is patients by attaching clamps and pegs to their fingers and thumbs and documented his findings. He even performed minor surgery using this technique. As a result of his discoveries Dr Fitzgerald divided the body into ten Longitudinal Zones.

In 1915 Dr Edwin Bowers, a colleague of Dr Fitzgerald brought zone therapy to the rest of the medical profession and the public by writing and publishing an article based on Dr Fitzgerald’s findings. They later went on to publishing a book on the subject ‘Zone Therapy’ in 1917.

Although the art of Zone therapy wasn’t received well by the medical profession, some doctors did embrace it. It was these doctors that went on to develop it further and the start of a school of research. The school was opened by Dr Joseph Riley and his wife Dr Elizabeth Riley.   It was here that a young physiotherapist named Eunice Ingham started at the school and became increasingly interested in Zone Therapy and after time and discussions with Dr Riley she developed her own foot reflexology. This was the start of how our modern day treatments are carried out today.

Eunice Ingham discovered more about the zones and their ability to be responsive to touch. She found that because all our nerves end in our feet, it made a treatment more successful than other areas of the body and it could also benefit the body as a whole. She documented her finding onto a foot map which is commonly used in reflexology today.

She also when on to write two books ‘Feet can tell’ and ‘Stories the feet have told’. Both these publications are still referred to by practitioners and students studying reflexology.

It was in 1966 that a colleague of Eunice Ingham, Doreen Bayley who brought reflexology to Britain and she set up the Bayley School of reflexology in the same year.

The understanding of reflexology as a therapy is forever growing. With more research taking place and its ability to aid the body’s natural healing process for different conditions, more and more people are using reflexology to improve their feeling of well-being.

Hi, my name is Laura and I am a fully qualified Reflexologist. I am based in Essex and aim to provide a top quality and value service for Holistic Therapies, either from my treatment room or home visits.
Click here to find out more about me and my principles.

WOW, what I can say, I have asthma and problems with my right ankle but since I have been having the treatment (which I did not believe in!) it has helped me sleep, improved my ankle and asthma. It is surprising how your whole body is connected to your feet.

Amazing treatment. Helped with my back problems, well worth trying, 5 star.

Having suffered with aches and pains for a long time I contacted Laura and have never looked back since.  I have a weekly session which has helped me sleep and stopped my legs from aching all this time – wow I highly recommend her!

Laura has an incredible talent for picking up even the most subtle imbalances and knowing just how much pressure is right for someone. I have a genetic disorder causing a heap of issues but came away feeling light and free from the pains and issues which plague me daily. A wonderful experience I hope to repeat….

What a treat! Since going to Laura my asthma has been a lot better. It works! Highly recommend. X 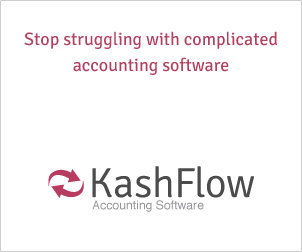